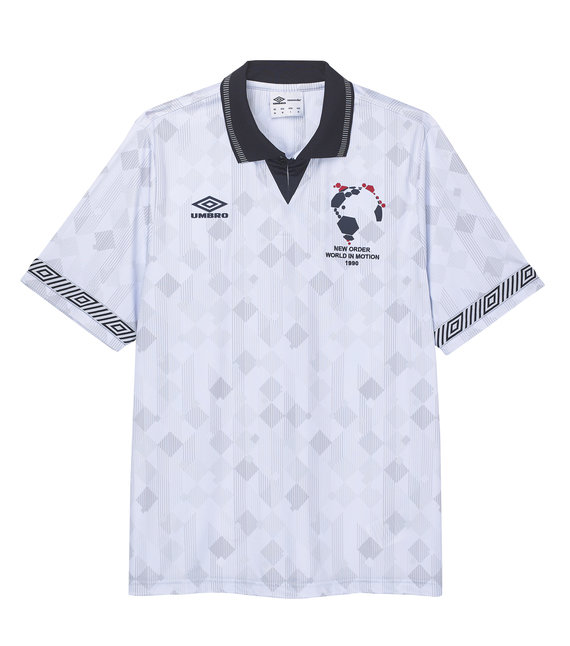 New Order are an English rock band formed in 1980 by vocalist and guitarist Bernard Sumner, bassist Peter Hook, and drummer Stephen Morris. The band formed after the demise of Joy Division,

New Order's integration of post-punk with electronic and dance music made them one of the most acclaimed and influential bands of the 1980s. They were the flagship band for Manchester-based independent record label Factory Records and worked in long-term collaboration with graphic designer Peter Saville

"World in Motion" is a song by British musical group New Order. It has been New Order's only number one song in the UK Singles Chart.

The song was produced for the England national football team's 1990 FIFA World Cup campaign, and features a guest rap by England footballer John Barnes and additional vocals by several members of the English team of 1990, and comedian Keith Allen, who had co-written the lyric.

30 years onwards Umbro & New Order Unite to pay homage to a piece of music and footballing history with a jersey saluting one of both entities continued iconic status.